Hi everyone 🙂 I travelled to New Orleans last month and it was my second time around. New Orleans has very rich culture and a lot of exotic food like crawfish and alligators but I am picky so I don’t eat anything like that. If you’re a seafood and Cajun fan, then you would love the food here. I went before in June and just recently in November and November weather is perfect because it is sunny throughout the day and then gets a little chilly at night. June is in the summer so it is realllllly hot and humid. I would sweat instantly walking around and my curled hair with lots and lots of hairspray would go straight instantly 🙁 Read below for my recap and my faves! Everything I listed are mostly all within walking distance so you can hit majority of these spots easily in a weekend getaway. I always use Trip Advisor & Yelp to do my research and read reviews so I would suggest you do a little research on your own if you want to go.

Jacques Imo’s Cafe
I am not the best at food recommendations because New Orleans food is mainly spices, seafood, and exotic stuff and I am not about that life at all haha but I’ll tell you that this place is pretty popular and my friends love it here! Instead of giving out bread, this restaurant brings out corn muffins and they are so buttery and delicious! I think I ate like 5 LOL but I just love cornbread. I ordered the jambalaya which is rice, meat, and Cajun seasoning. It is not soup but the rice is very soft and feels wet from the seasoning/sauce. It did had a kick to it but most jambalaya are Cajun seasoned so it’s meant to be spicy to give it flavor. If you’re exotic and down to try new things then try the alligator cheesecake which is famous here.

Cafe Du Monde
New Orleans is famous for beignets and this is where it originated. Beignets are fried dough with powdered sugar on top, which taste similar to a funnel cake. One order comes with 3 beignets so it is perfect for sharing or you can eat the whole thing to yourself LOL no shame. You have to order their “cafe au lait” which is just coffee with milk to drink while eating the beignets. I even dip the beignet into the coffee and eat it that way. Tip: You can request for a paper hat to wear for a great souvenir and what’s more tourist than a picture of a Cafe Du Monde Hat while eating beignets?! Also, it is open 24/7, it’s cash only and try not to wear black because the powdered sugar gets EVERYWHERE!!! Don’t forget to buy the mix so you can go home and make your own for only $3.50. 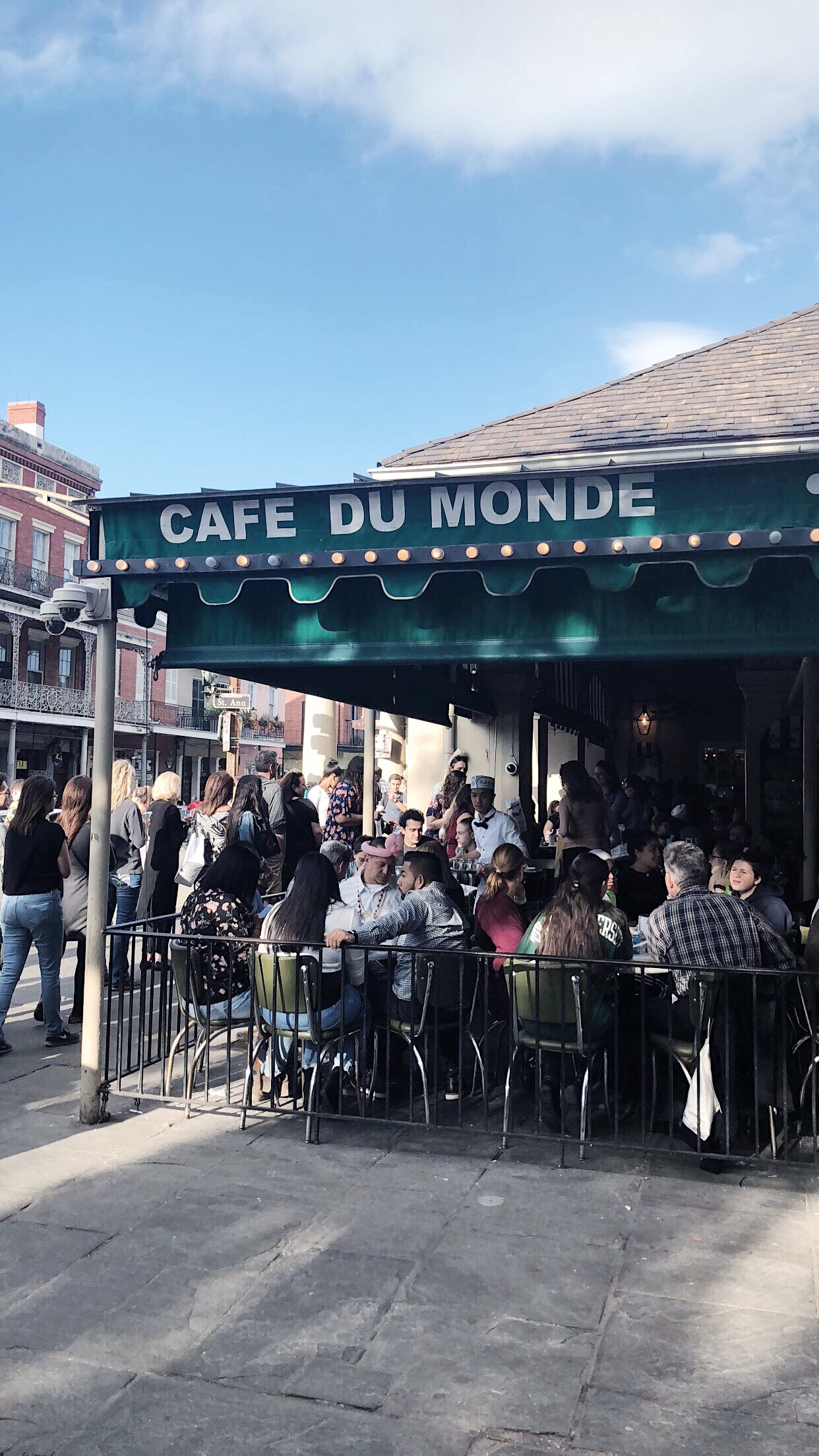 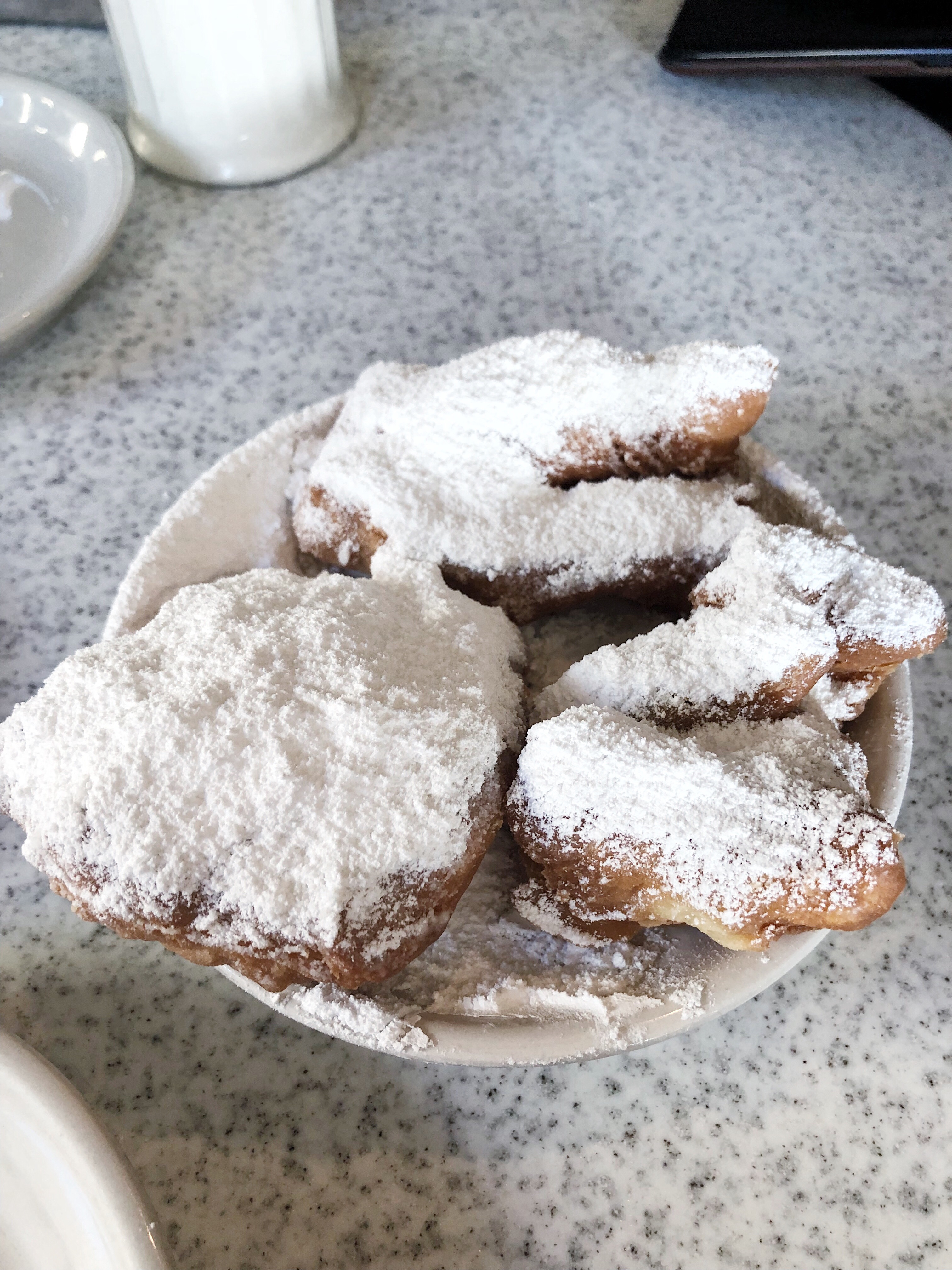 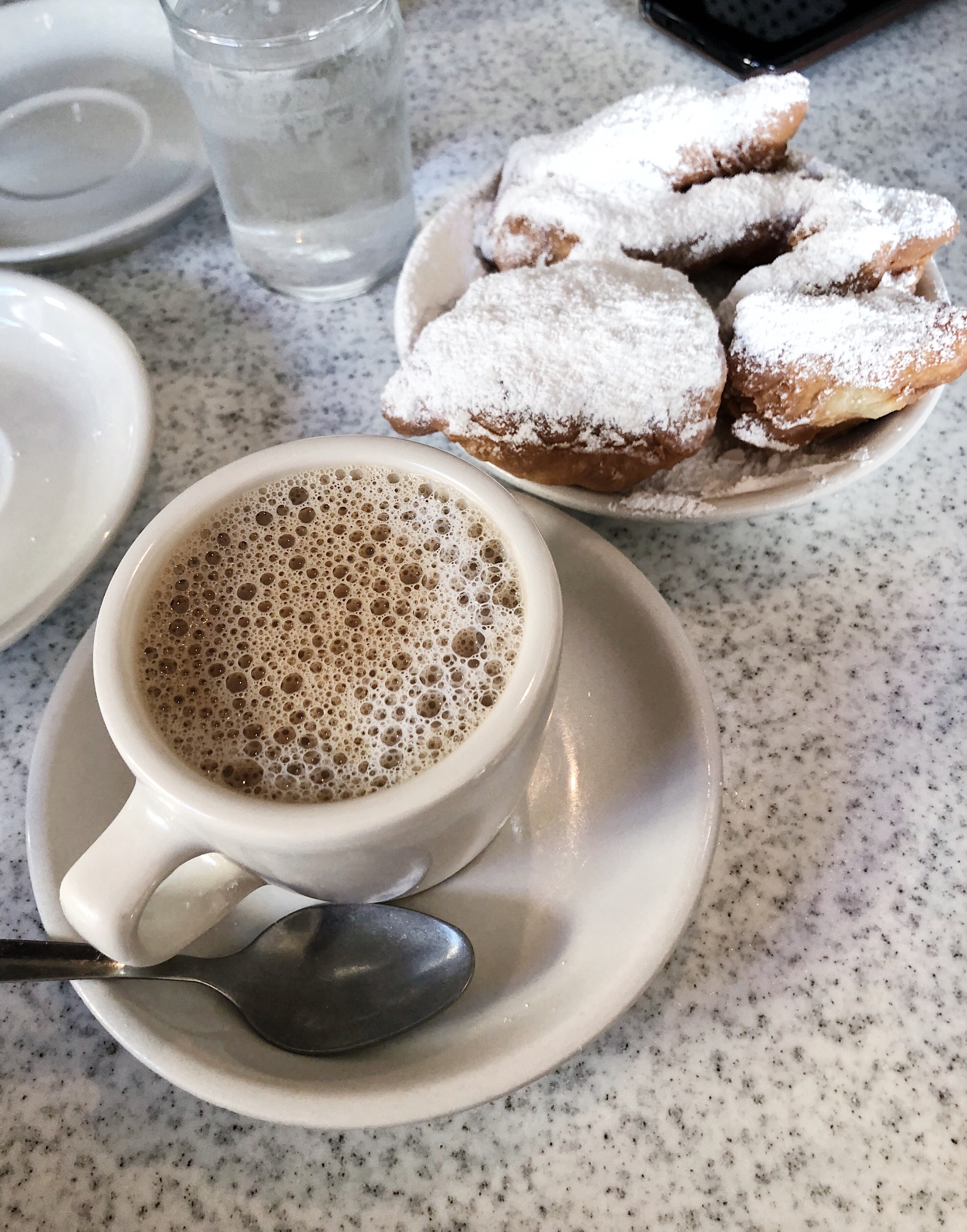 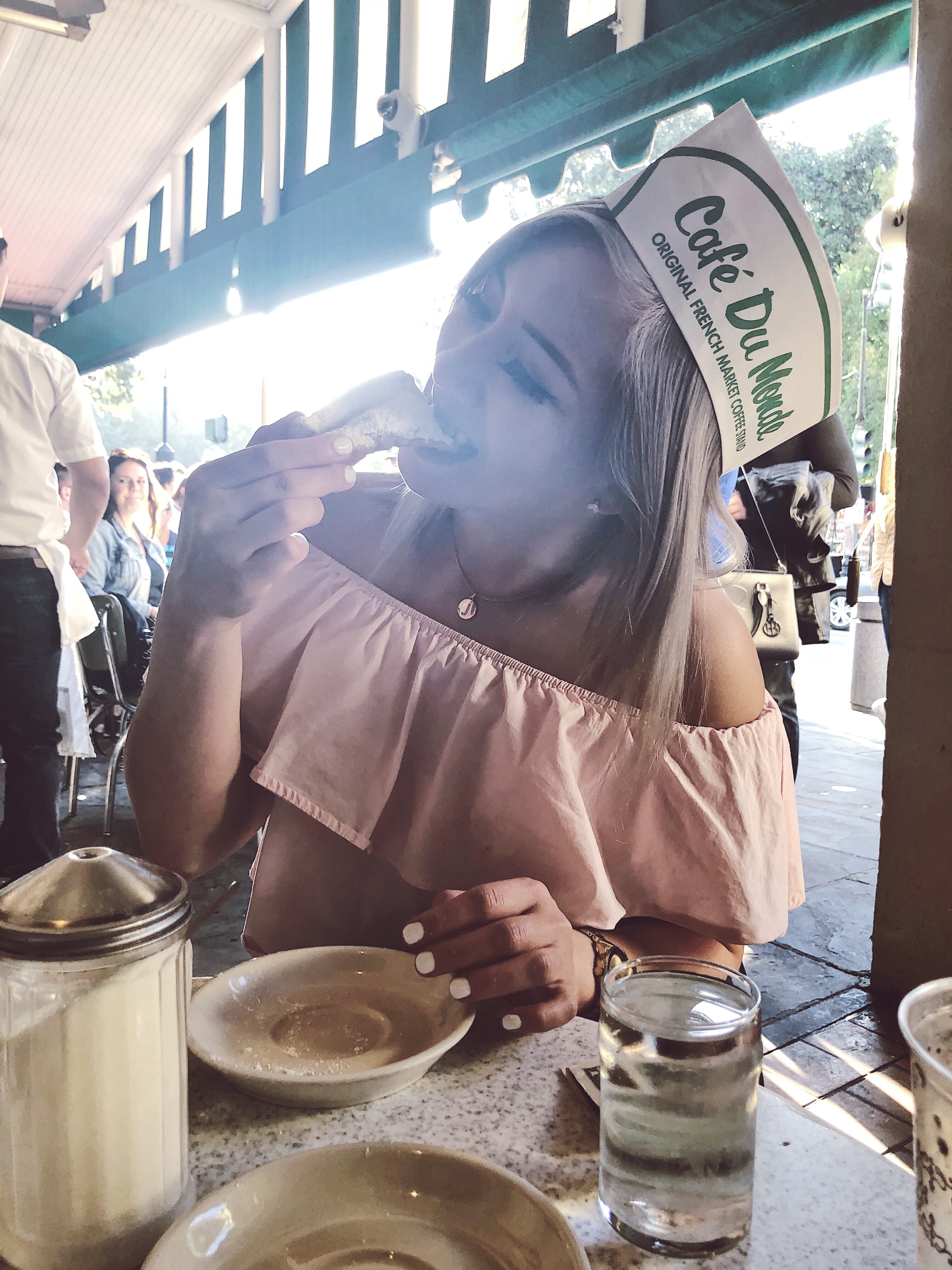 Gator Tour
Okay, I was totally not for this when I first heard about it because I thought I was going to get wet in the swamps. I am not really an outdoors nature person besides the beach, and I did not want to be anywhere near an alligator. It actually turned out to be an awesome experience. I went with a group of 12 and we rode on an airboat on the lake. The tour guide took us around and explained the history while trying to find alligators for us to see. We did see a couple in the water but did not come that close to any. I also went in November when it was pretty chilly so the gators were most likely hiding. During the end of the tour, the tour guide brought out mini alligators for us to play with but of course I did not want to play with them LOL. Overall, the tour was very interesting and definitely worth it. The tour was about 2 hours and it was $70 pp including tip. He even made stops where we were able to have a photoshoot overlooking the trees. It reminded me of the scene from “The Notebook” where they rode the boats through the lakes and saw all the trees. 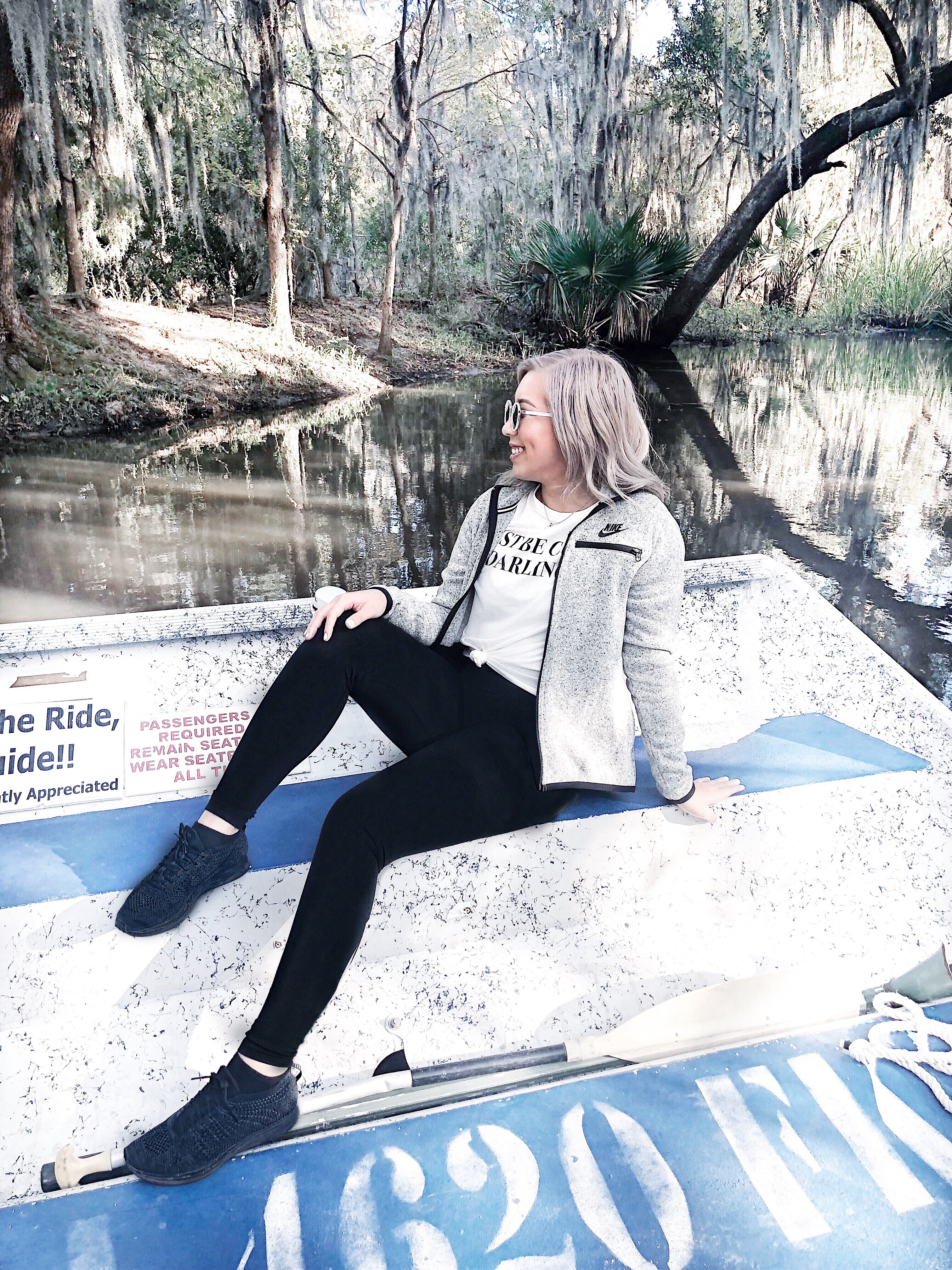 Drive Thru Daiquiris
Okay I cannot find any of my pictures of this but do you really need a picture for drive thru alcoholic drinks?! Yes this is real!!!! You can just pull up in your car and order a drink to pre-game right before heading down to Bourbon St without leaving your car!!!! Just like a regular drive thru, you just drive up and order any drink you want from the menu! They are all frozen drinks and trust me they are so delicious and reasonably priced from $7 for small and then $9 for large. My favorite frozen drink is a Miami Vice which is not on the menu but it’s basically a pina colada + strawberry daiquiri so I order the two together.

Bourbon Street
Yup this is the famous Bourbon Street that everyone must go when in New Orleans. It’s pretty much open all day so you can day drink as well as come here at night. Warning: it gets a little crazy at night and flashing to get beads does happen but you don’t have to show any goodies to get beads because strangers will just throw them at you as you are walking. You can stop by any local souvenir shop on this street and buy a bag of 50 for $10 to wear yourself and throw the rest to random strangers. The souvenir shops pretty much have the same stuff and you can definitely try to bargain with them. I would walk around first to see what you like and where you can get the best deal! It worked well for me because I was in a big group so we asked for a group discount.

One of the places I recommend is Tropical Isle which is home of their famous hand grenades. It is sweet and has a melon flavor to it but it is strong and will sneak up on you. You can order this on the rocks or frozen and even get a skinny version with half the calories 🙂 After you finish the drink, you get to keep the cup as a souvenir and it ends up being only $10. Another popular bar is called Pat O’Brien’s and they’re famous for their hurricane drink and this is HUGE!! We shared this amongst 10 people and it was totally worth the price. It was $200 with a $75 deposit for the glass so after tip it came up to be $145 which was only $15 per person. If you’re a beer drinker, I would recommend going to “Huge Ass Beers” to get beers in a huge souvenir cup. 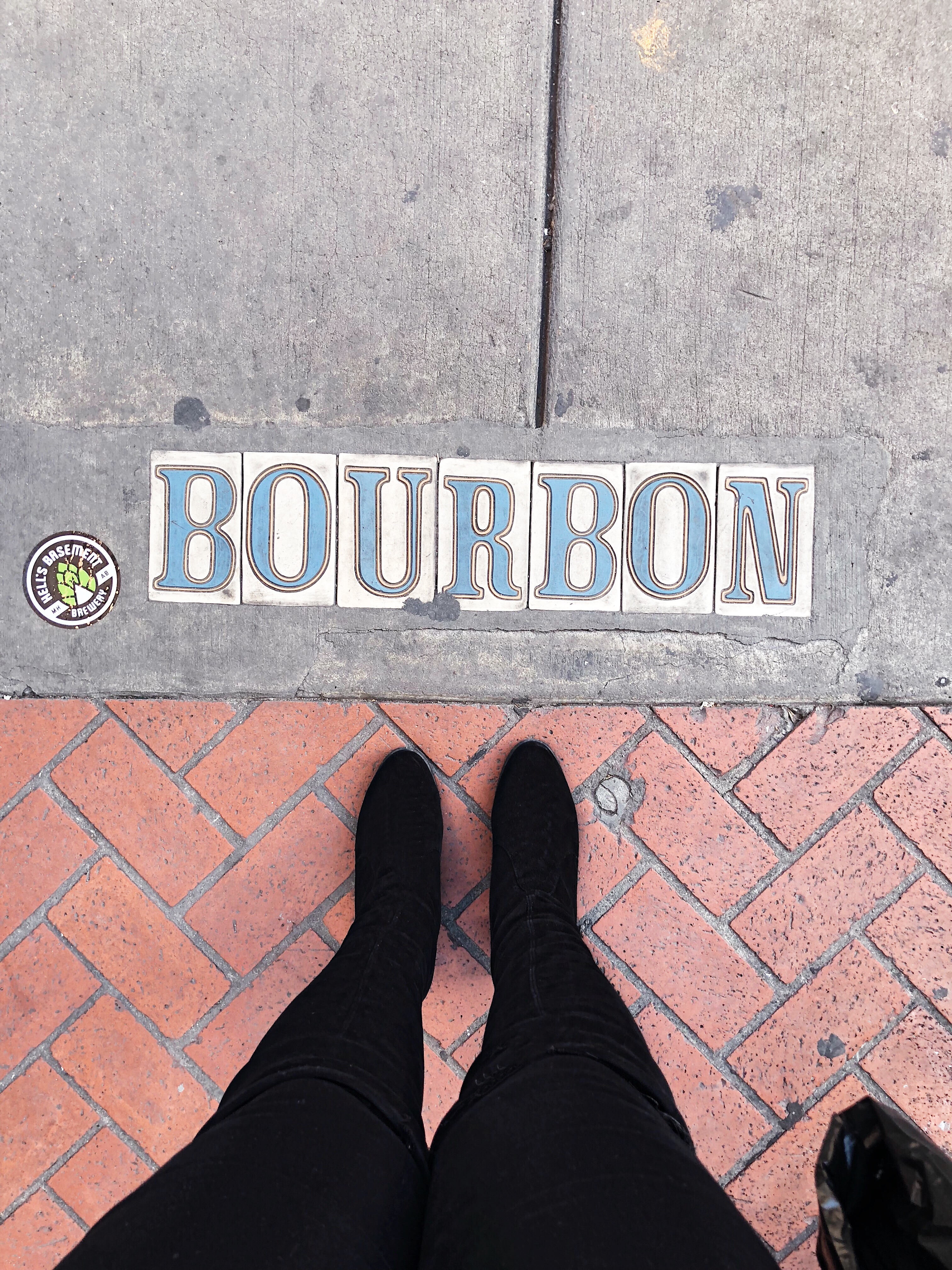 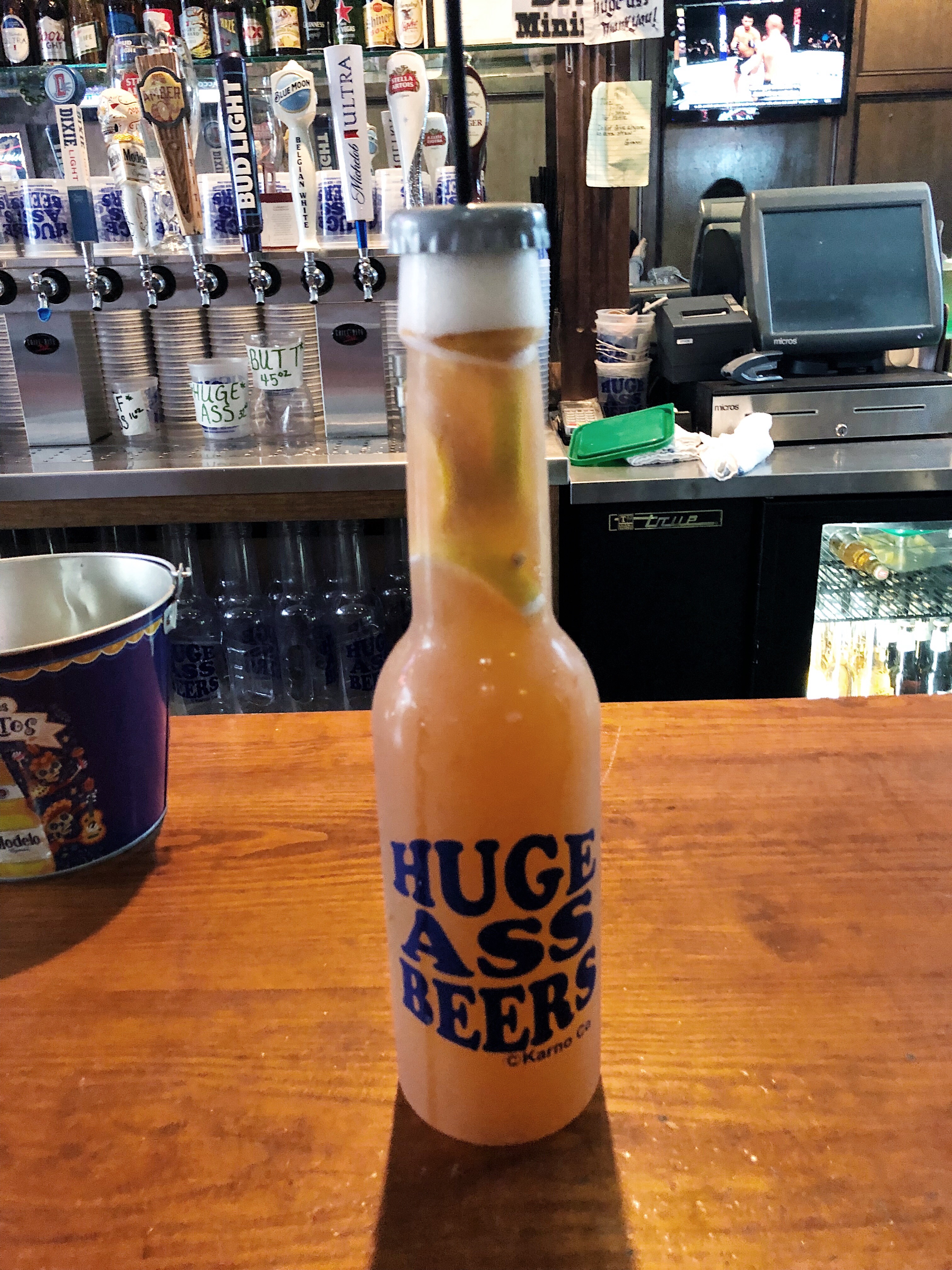 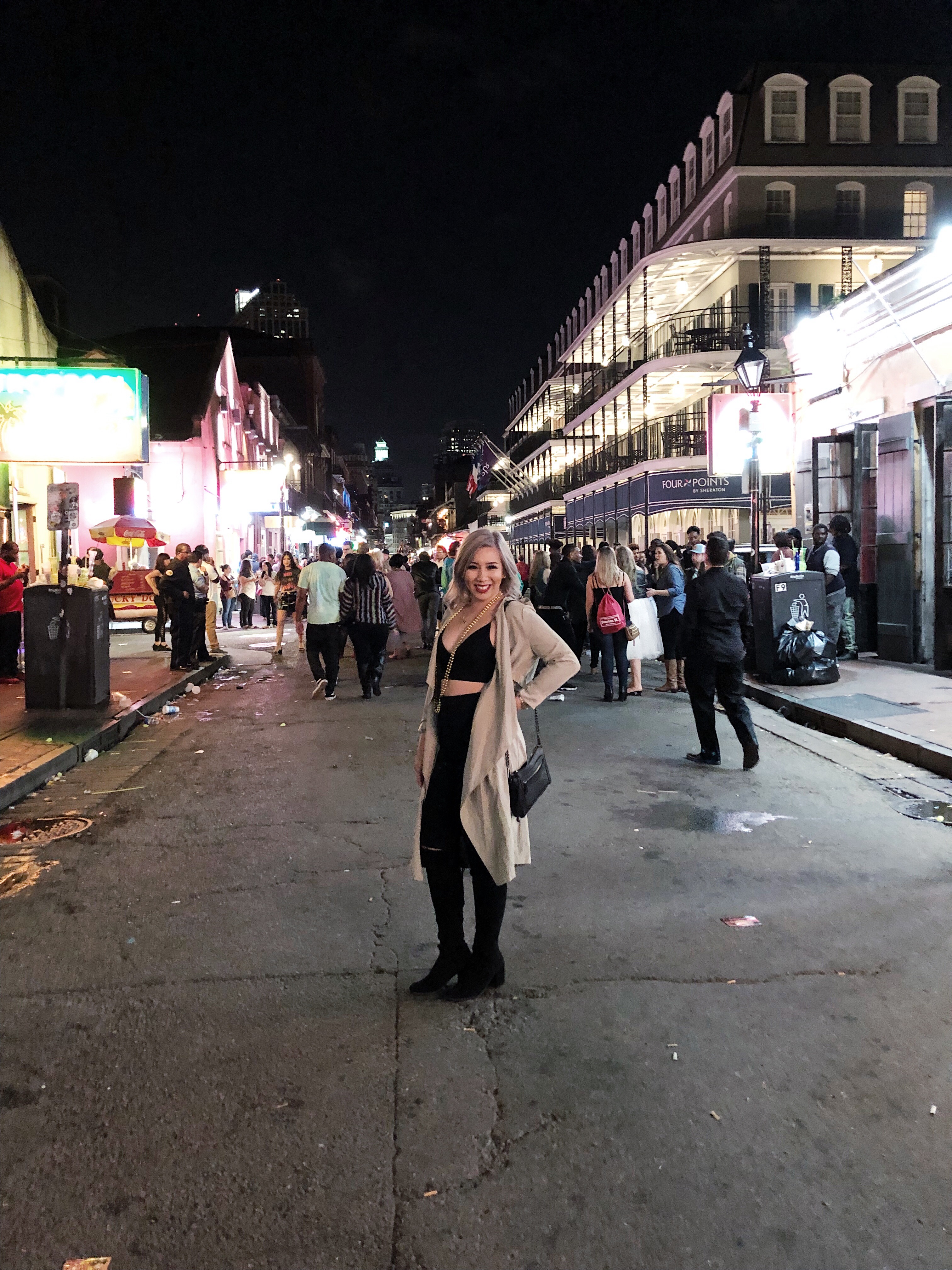 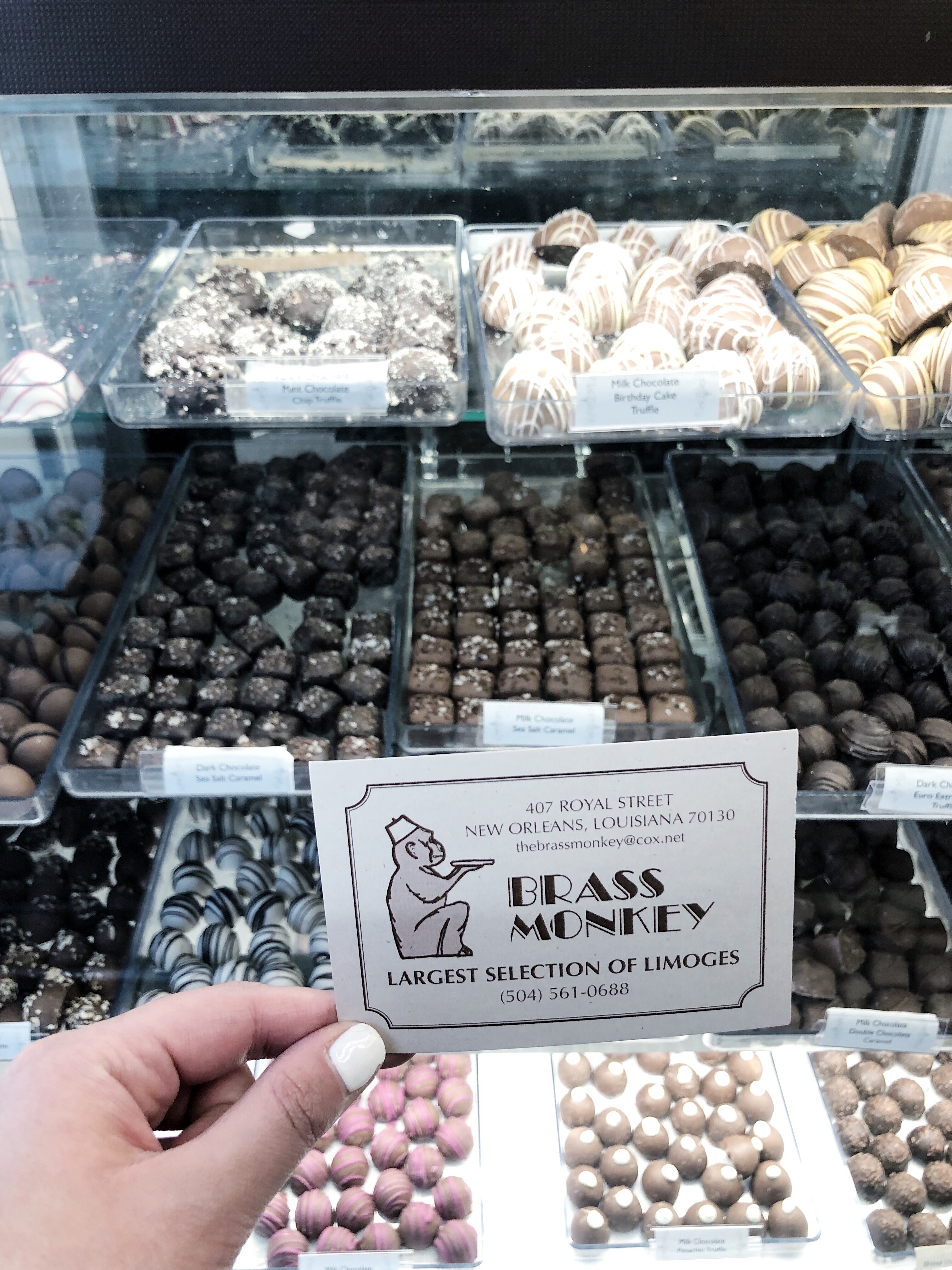 Frenchmen Street
This is another street that is popular for its nightlife but it’s less crazy than Bourbon Street. If you’re into live music, than this is the street for you. Even if you are not, you definitely have to check this out because the live music is sooooo good and it’s a part of New Orleans culture. This street has the same architecture and buildings as Bourbon Street but it has less souvenir shops. I would definitely go here for a chill night to relax or even to pregame and enjoy some live music before heading down to crazy Bourbon Street. 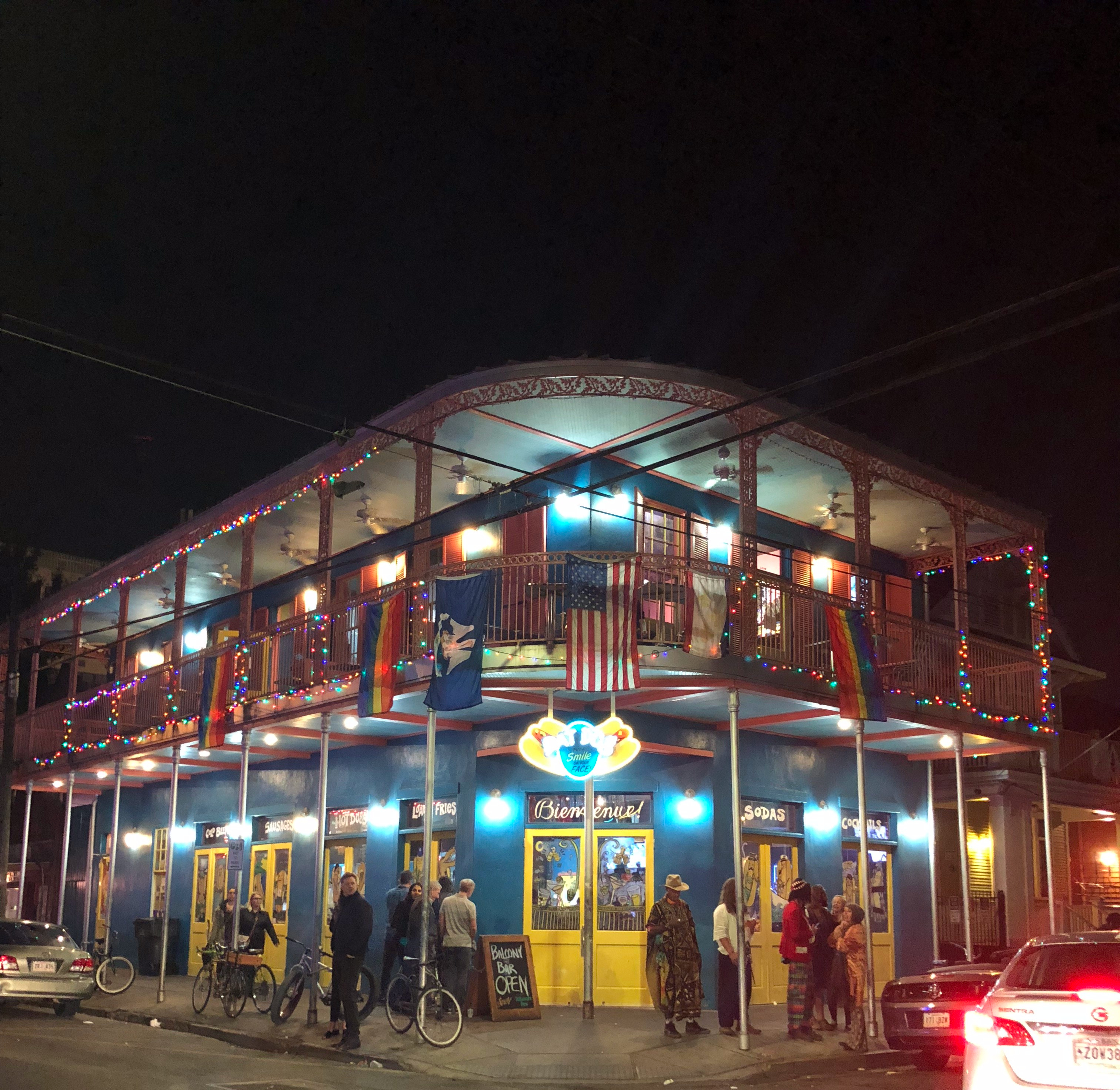 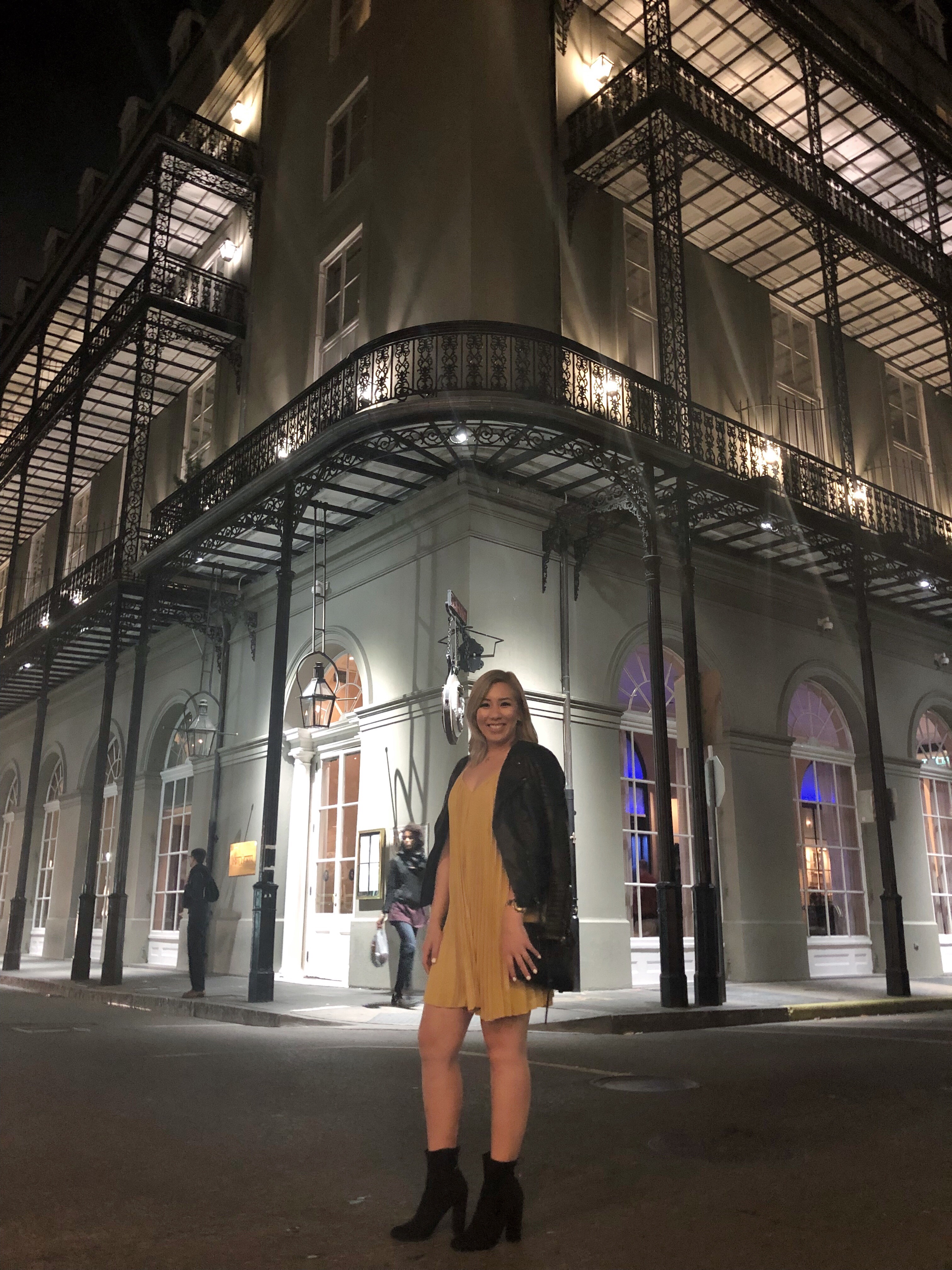 Jackson Square/French Market
This is right by Cafe du Monde and there is a huge cathedral there called St. Louis Cathedral that is just picture perfect. You can check out the brewery, grab some food and souvenirs, and even ride in a horse carriage. There are street performers as well as tarot/psychic readers in the streets as well if you’re interested in that. If you walk couple blocks down you’ll hit the French Market which also has food and souvenirs. The souvenir shops consist of mostly small local businesses and I lovee supporting small businesses! You can try & buy things that New Orlean is known for here such as alligator meat, pralines, hot sauce, and cajun spices! 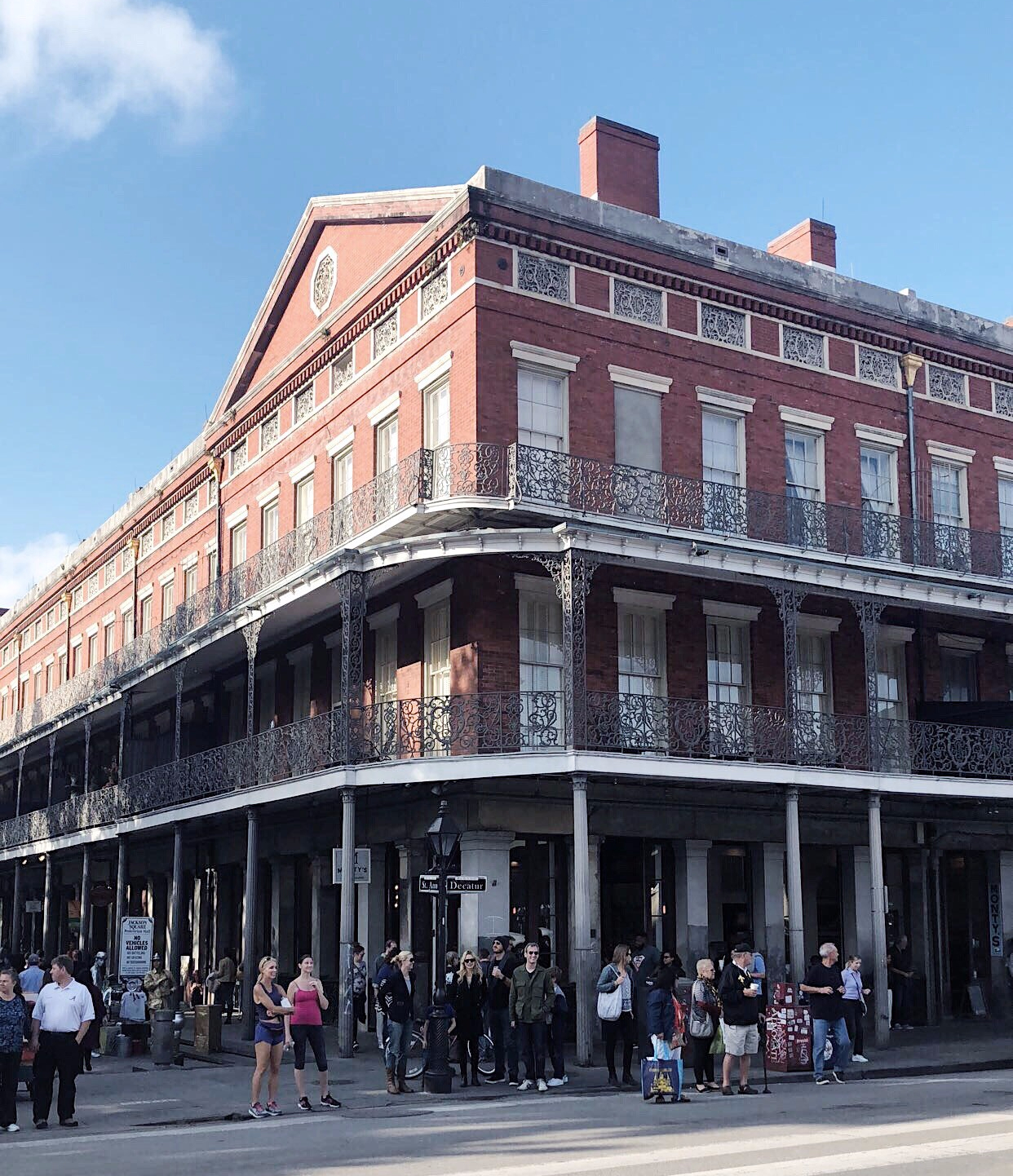 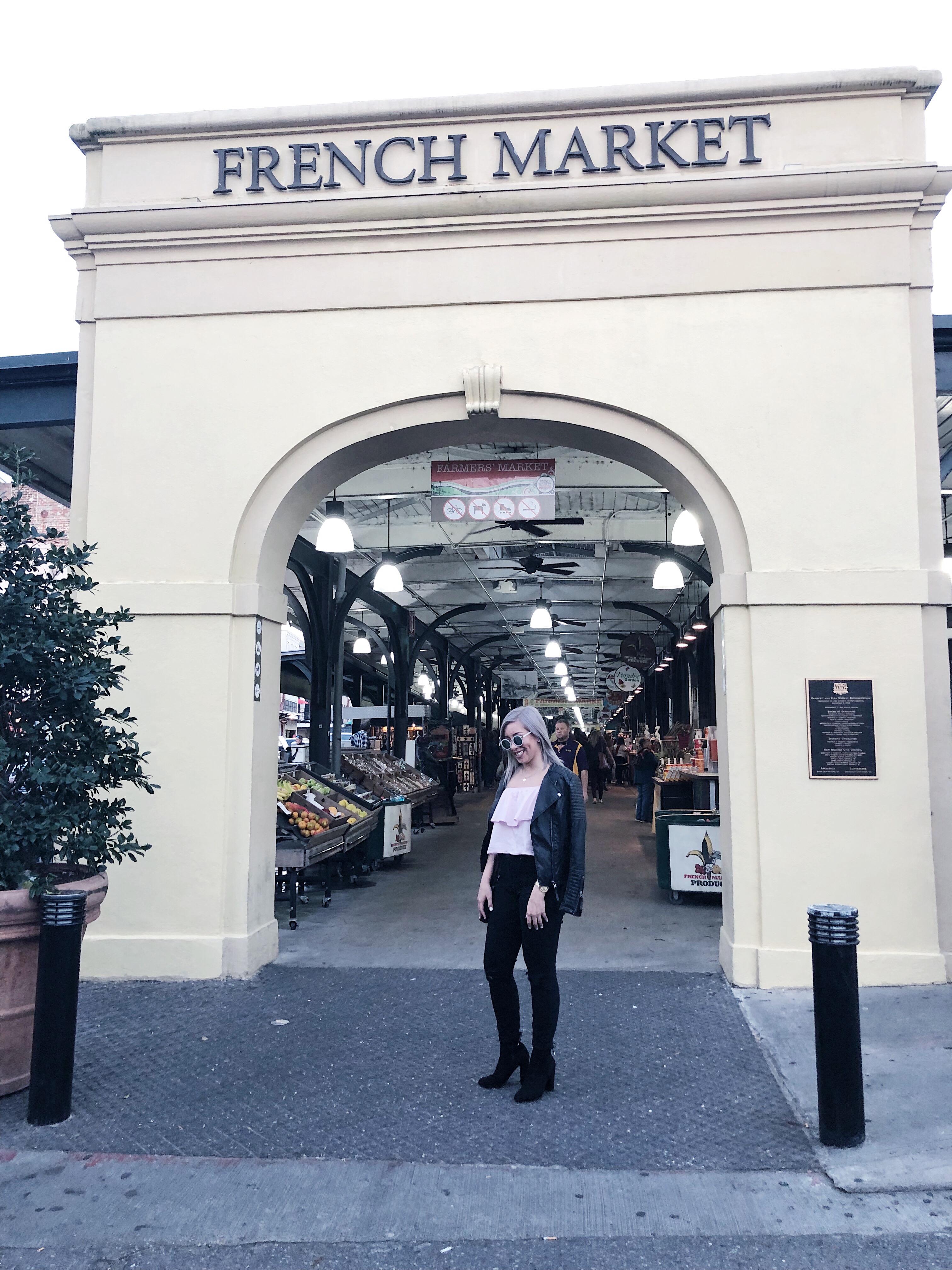 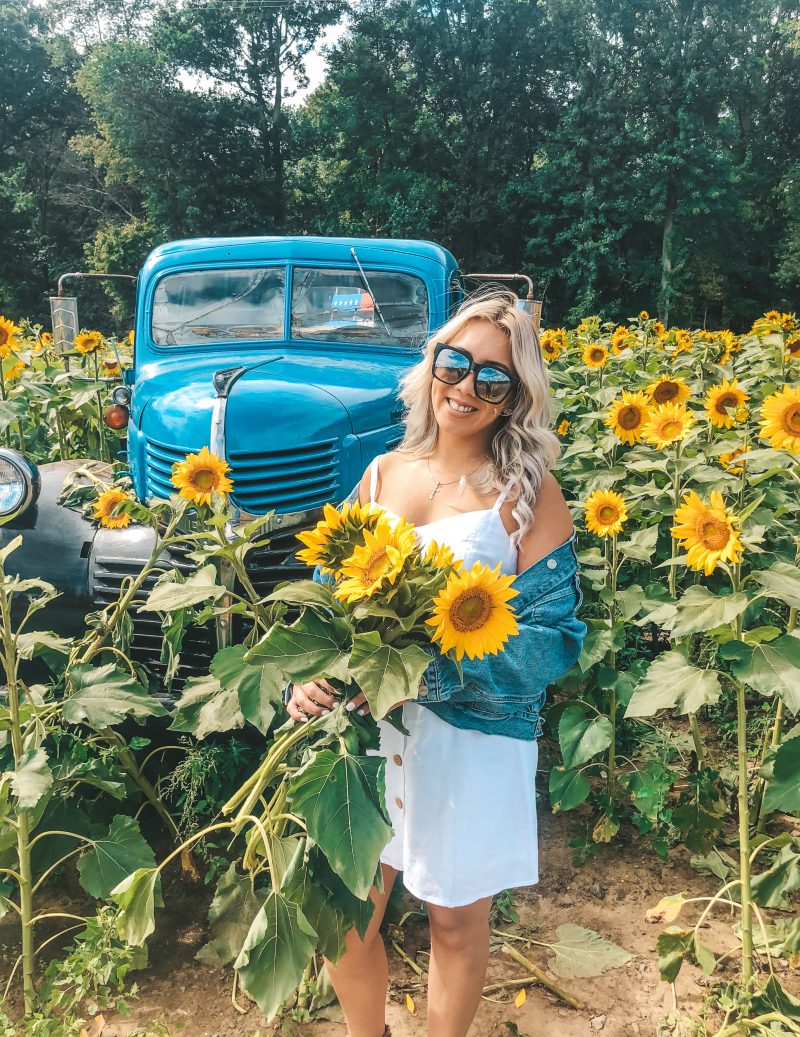 Welcome to my blog! A registered nurse who is in love with fashion, travel and beauty. If I can describe myself in one word, it would be "extra." For a full about me, check out the about me section above. Other than that, subscribe to my blog down below and follow me on IG so we can be BFFs :)

Check out my other posts below